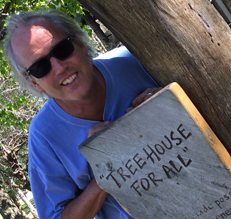 Although B’fer Roth refuses to grow up, he did actually start out life in the house that his father designed and built in the early 1950s in Ann Arbor, Michigan, and from that influence he caught the Design/Build bug at an early age. Following two years of studying Landscape Architecture at Michigan State, two years of hitch-hiking around the country, and two years of Fine Arts at Johnson State College in Vermont, B’fer is most at home in the woods either making rustic furniture OUT OF trees or designing and building rustic dwellings IN THE trees!
info@thetreehouseguys.com 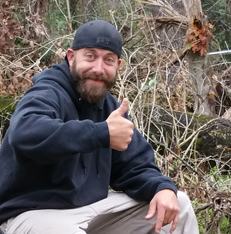 Ka-V was born and raised​ in ​northern ​New Jersey. ​Soon​ after ​graduating high school ​he​ left ​his​ cave to explore the​ woods​ of Vermont. Ka-V​ decided he wanted to live a simpler life, he built himself a yurt and lived off the grid in the woods for 5 years.  Ka-V started building​ ​tree houses in the fall of 2000 for Forever Young Treehouses. After building his first treehouse and getting to see the smiles from children who have never before been able to get off the ground, Ka-V realized he found his passion. ​Ka-V now has 15+ ​years experience and ​has built ​well over 50 treehouses to date​. ​Ka-V’s interests include long walks in the woods, reggae, using his finish saw (chainsaw) whenever he sees a chance, and climbing trees and rocks. Ka-V has a trusty canine companion named Koda.
info@thetreehouseguys.com 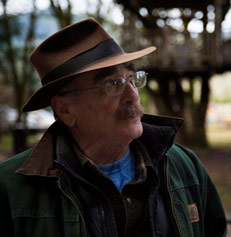 Michael E. Garnier was born in Gary, Indiana in 1948. He studied engineering at Michigan State and was later drafted to became a Special Forces medic with the Green Berets where he served until 1972. Michael moved to Oregon in 1973 to be a Physician’s Assistant and helped open the Takilma Free Clinic. In 1975, he bought his property and eventually stopped working in medicine and started wood working.  Over the years, he built pole furniture and Dr. Birch’s Yankee Doodle Picture Propellers until he built his first tree house in 1990. Over the last 25 years he has been a pioneer in the tree house world, innovating and designing the Garnier Limb, which has enabled him (and countless others) to build treehouses all over the world. 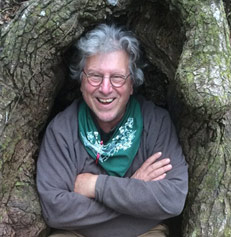 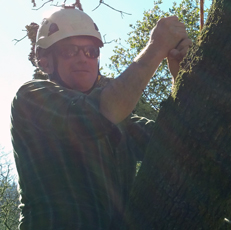 Jason has spent the past 14 years building tree based zipline canopy tours, cable bridges, canopy walkways and a host of other arboreally inspired structures. He stumbled upon the treehouse community at the World Treehouse conference back in 2010. There he met Jake Jacob, Michael Garnier and a host of other treehouse pioneers that had a major influence on his thinking regarding building in trees. He knew treehouses were the next step in his arboreal evolution and was honored to be asked to join “The Treehouse Guys” for a build on Oahu back in 2014 and subsequent projects for the Treehouse Guys TV series. Jason operates a small business called Monkeypod Designs.
email Jason
Facebook